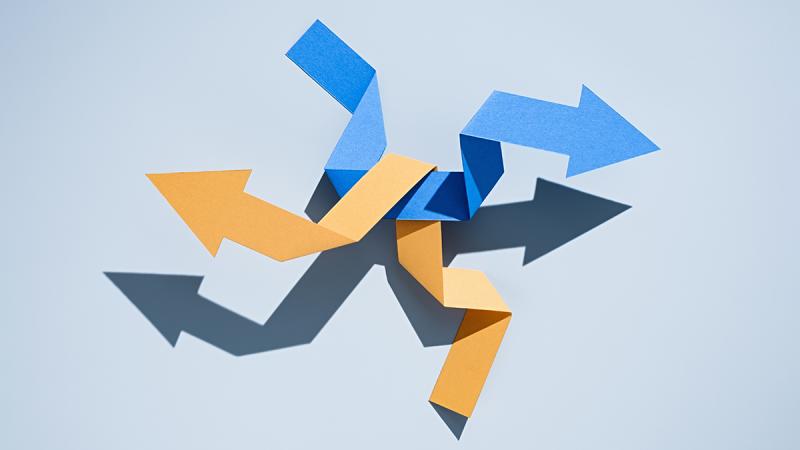 We encounter myths in most realms of human endeavour, and the discipline of strategic thinking is no exception.   Here are five of the most pernicious ones I’ve encountered in a long career studying strategy and advising companies about it:

Myth 1: Strategy is about the long-term

In some industries, the basis of competition can remain unchanged for decades, and leaders who stick to their strategy through downturns as well as upturns and ignore surface noise do very well.

It is precisely when long-held assumptions about an industry are challenged that strategic changes happen. And you will need to make those changes very quickly.  Thinking about strategy as some kind of long-term commitment can blind you to that need Strategy is not about the long term or the short term, but about the fundamentals of how the business works: the sources of value creation, the drivers of the cost to deliver it, and the basis of competition.  To get a grip on strategy, we do not need to lengthen the time horizon of our thinking, but its depth. Far from being about things we are going to do in the future, strategy is about what we are going to do now in order to shape the future to our advantage.

It looks as if Amazon and the platform giants like Google and Facebook keep changing strategy because they use the massive amounts of cash they generate to innovate, bringing out new products and services every year. Innovation is easily confused with a change in strategic direction, and sometimes it does indeed trigger such a change.

In the case of Amazon and the rest of Big Tech, most of the innovative new products and services reflect a single, consistent strategy, one that’s been familiar to business people since at least the 1960s.  That’s when Bruce Henderson, the founder of BCG, observed that in many businesses, costs decline by a predictable amount with every doubling of cumulative volume. The implication was that by pricing ahead in anticipation of those cost declines, a company could sacrifice current margins to gain share, achieve market leadership and then reap the gains. The strategy was captured in the imperative: ‘Cut price and add capacity’. That’s basically what today’s platform businesses are doing – though do they use more jazzy vocabulary like ‘blitzscaling’ or ‘hypergrowth’ and add some twists.  For today’s platform businesses for instance, the imperative could be called ‘Give it away and add users’.  But it’s just a more radical version of a strategy that’s more than half a century old.

There is evidence that the time period over which advantage can be sustained is shortening, which suggests that achieving defensibility is harder, which in turn implies that barriers are more flimsy and easier to surmount.   One market observer notes that average tenure in the S&P 500 has fallen from 33 years in 1964 to 24 years in 2016.

Reports of the death of competitive advantage are vastly exaggerated.  The competitive advantages of Amazon, Alphabet, Apple, Facebook and Microsoft are so massive and the barriers to overcoming them so high, that public discussion of them revolves around the use of regulation to break them up to reduce their power.  In a very short time, it has become hard to imagine how market forces alone could tame them.  The full truth is not that competitive advantage is dead, but that you need to rely on multiple advantages rather than just the one.   And part of the reason that Amazon & Co will be hard to unseat is that they have realized this.  They are not betting on a building a single big wall, but on building up lots of smaller ones.

Myth 4: You don’t really need a strategy; you just need to be agile

Agile firms – especially start-ups – are always turning on a dime and they certainly don’t seem to be following any kind of plan.  Easy enough, then, to assume that what you see an agile firm doing – acting at high speed, maintaining a high tempo, being highly responsive – is all there is.

Agility is not a strategy.  It is a capability, a very valuable one which has immediate operational benefits, but that cannot permanently affect a firm’s competitive position unless there is a strategist taking the right decisions about where to direct that capability.  And the seeming absence of a plan doesn’t mean that successful start-ups don’t have strategies.  A strategy is not a plan, it is a framework for decision-making, a set of guiding principles which can be applied as the situation evolves.  And most start-ups fail because being able to turn on a dime doesn’t mean that you’ll turn in the right direction.  Successful start-ups actually do a lot of hard thinking about fundamentals, questioning and testing basic assumptions with a rigour that incumbents would do well to emulate.   Start-ups have to, because their resources are extremely scarce.  If they don’t have a coherent strategy, they will make poor resource allocation decisions, and for them that will not mean a fall in earnings, but death.

Myth 5: You need a digital strategy

A company is an organism, and if you try to optimise the parts you will sub-optimise the whole.  You don’t want a strategy for digital, IT, finance, HR or anything else – just a strategy for the business.  So don’t imagine you can develop a strategy for the digital part of your business and leave the rest alone.  Digital technology and the more specific technologies to which it gives rise fundamentally change the sources of customer value and the cost of delivering it.  The way to address digital is to think through and lay out all the fundamental assumptions you have about how your business works and ask yourself if they are still valid.  And that’s what strategy has always been about.

In our uncertain world, fundamentals are changing so we need to think about them, whether they are valid in the short- or long-term.  Think how you can deploy the capabilities you have and build new ones you need to defend your competitive position. Add them in layers to create barriers. Be clear about what will make a difference so that you can make rapid resource allocation decisions. Be on the lookout for the emergence of unexpected events at the customer interface that point to opportunities that can be deliberately exploited.  Play to win the short games that will enable you to prevail in the long ones. Think deep to act fast. Strategy is still what it has always been: the art of taking action under the pressure of the most difficult conditions. 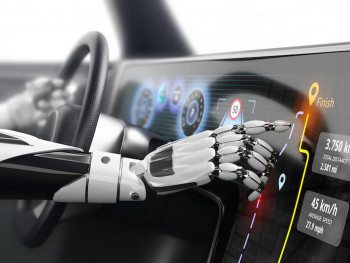